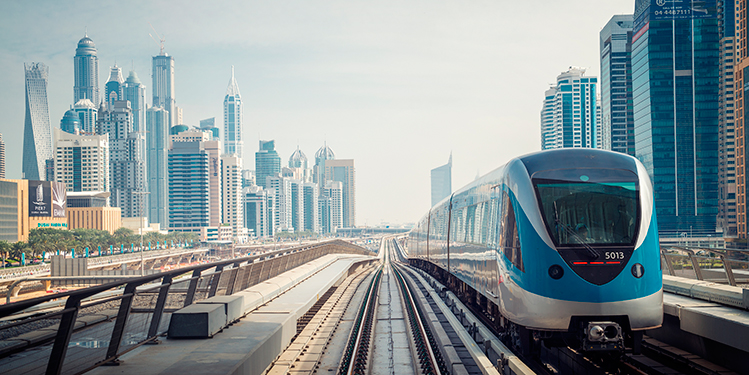 The Dubai Metro is the world’s longest automated, driverless metro network. Its Red Line became operational on September 9, 2009; today it has 29 stations along a track distance of 52.1km.

In order to develop the enhancement requirements for meeting future metro transport demands in Dubai, the RTA commissioned a technical study aimed at assessing the existing systems and recommending technical solutions.

XRAIL was commissioned by AECOM to undertake this strategic review of the proposed objectives, in a three stage process:

This commission was based on XRAIL’s engineers’ proven capability and knowledge of the Thales TBTC System from past key roles on the Tube Lines Jubilee & Northern Line Upgrade Project (JNUP).

XRAIL was, under the terms of the AECOM commission, required to:-